The era of rapid growth in the industry has ended? For sports brand owners, is this judgment a matter of desperation or calm introspection? However, there is no doubt that in the face of the complex Chinese market, brand owners are aware that the previous growth model needs to be optimized and adjusted. Adidas and Li Ning are two companies that have experienced or are undergoing "consolidation and reengineering" from products to brands to business processes. For Chinese companies that are looking to upgrade their brand or business model with the opportunity to upgrade their consumption, new battles in the sports arena deserve attention. 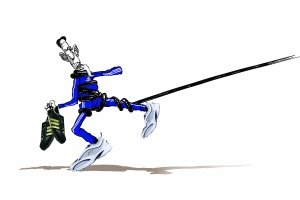 New fighting in the sports field

The era of rapid growth in the industry has ended? For sports brand owners, is this judgment a matter of desperation or calm introspection? However, there is no doubt that in the face of the complex Chinese market, brand owners are aware that the previous growth model needs to be optimized and adjusted. Adidas and Li Ning are two companies that have experienced or are undergoing "consolidation and reengineering" from products to brands to business processes. For Chinese companies that are looking to upgrade their brand or business model with the opportunity to upgrade their consumption, new battles in the sports arena deserve attention.

Beijing, regular Wednesday afternoon. In less than half an hour, about 10 young people entered the adidas NEO store in Joy City, Xidan, Beijing. Two of them bought shoes worth 480 yuan and 420 yuan. . Whether it is these two consumers or other consumers who come and go through this store, most of them do not know exactly what they bought was â€œNEOâ€ rather than adidas.

From the point of view of store CI, the difference between NEO and common consumers' adidas sports performance series (traditional adidas) is not big. NEO uses pink green as the background color. The brand logo is based on adidas, but it is only tightly thereafter. Then an area is about a circular icon of "a" size.

It is this brand that makes consumers somewhat confused. Since its establishment in 2007, it has quietly and uninterruptedly laid out more than 600 stores in China. In five months, Herbert Hainer, Adidas Global CEO, visited the Chinese market twice. His expectation for NEO is to add another 200.

This brand, highlighted by Adidas Global CEOs and highly valued by the Group, is one of Adidas's most low-end sub-brands. NEO is targeted at young people between 14 and 19 years old. The design style is more stylish and casual, and the price is even higher. The closeness to the people, which is about half that of the adidas sports performance series, is within 100 yuan from the local sports brand. According to Nike's "50-yuan theory", when the low-end product lines of international brands such as Nike and Adidas differ from local brands by 50 yuan, consumers' choices will favor international brands.

When local brands fought for international endorsements and sponsored large-scale international sports activities, continuously raised brand premiums, and extended their competitive reach to mid- to high-end markets, it was not hard to imagine that NEO, perhaps a piece of chess that Adidas had buried in the mid-end market. It only waited for the counterattack after the time was ripe.

The frequency of Herbert Hainerâ€™s visit to China has been increasing. As the global CEO of Adidas, visiting China has become his annual routine. On February 24th, he came to China again. Obviously he was more happy this time. On March 2nd, Adidas released its 2010 annual report. The entire Adidas Group achieved sales of EUR 11.99 billion, an increase of 15% from the same period of the previous year, exceeding the management level of Adidas. The annual sales made last year increased by less than 10%. However, what makes Hainer slightly depressed is that Greater China, valued by Hainer, had sales of 1 billion euros in 2010, a year-on-year increase of 3%, not reaching the global average of 15%.

Indeed, in the past three years, Adidasâ€™s pace in China has been somewhat embarrassing. First, in 2008, although Adidas was the official partner of the Beijing Olympics, it was clear that people were more impressed by Li Ning who â€œrunningâ€ above the Birdâ€™s Nest for holding the torch. Adidas did not gain too much weight in brand communication. It was too high to predict the market enthusiasm after the Beijing Olympic Games. This led to Adidas being trapped in the Chinese market, and the inconsistency of high inventory problems and strategic goals. Adidas China has been busy with inventory clearance and channel reorganization all year. At that time, Adidas and Daphne, Belle and other distributors stipulated and closed more than 100 stores one after another. The most embarrassing one is: In March 2010, Li Ning Co., Ltd. released its 2009 annual financial report, showing that it had a year-end of RMB 8.387 billion. Sales revenue, if the statistics of sales in the Chinese mainland market, Li Ning in the Chinese market share over Adidas jumped to second place.

Since then, after about two years, Adidas has basically solved problems such as inventory and channels through measures such as sales promotion and re-establishment of sales channels, and has returned to the runway again. The phased adjustment did affect the performance of Adidas China. From the 2010 annual report, Li Ningâ€™s turnover slightly exceeds that of Adidas Greater China for the first time (adidas Greater China recorded sales of 1 billion euros in 2010 and was converted to the exchange rate of 1:9.33). However, many market observers believe that Adidas has come out of the 2009 recession from the perspective of performance in Greater China. Although the growth of Adidas Greater China in 2010 was less than global, it also achieved an increase of nearly RMB 1 billion. What is commendable is that, in 2009, Adidas closed a number of stores, and in 2010, the number of Adidas retail stores did not increase significantly. Adidas is still able to rely on existing stores to achieve growth.

Of course, to lead the competition, the 3% growth is not satisfactory, especially in an emerging market that is still expanding. Whether it is the old local brand Li Ning who has more than two decades of history, the rising star Anta, or the rapid growth in recent years 360, Peak and other Jinjiang Department other brands average growth rates are in double digits, and most companies have annual sales have exceeded 5 billion.