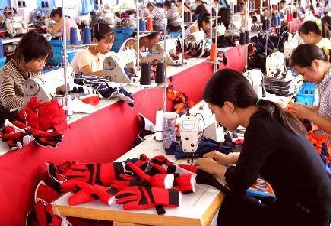 I exported 12.1 billion U.S. dollars to Japan, accounting for 9.56%. My share of ASEAN exports is 3.15 percentage points higher than Japan's. For the first time, ASEAN surpassed Japan to become the third largest market for textile and apparel exports. The good economic development of ASEAN, the weakening of Japanâ€™s economy, and the sharp depreciation of the yen against *** were the main reasons for the two export marketsâ€™ stagnation and decline.

PVC is a polar amorphous polymer with strong force between molecules. It is a hard and brittle material with low impact strength. After adding the impact modifier, the elastomer particles of the impact modifier can reduce the total craze induced stress, and use the deformation and shear band of the particles themselves to prevent the craze from expanding and growing, absorb the impact energy introduced into the material, so as to achieve the purpose of impact resistance.